Nashville was a natural choice for us because we LOVE that city! Not only is it the capital of the U.S. state of Tennessee, legendary country music venues are found there including the Grand Ole Opry House, home of the famous “Grand Ole Opry” stage and radio show. The Country Music Hall of Fame and Museum and historic Ryman Auditorium are Downtown, as is the District, featuring honky-tonks with live music and the Johnny Cash Museum, celebrating the singer's life.

But for us it was the lure of the rich history that surrounded the Civil War that made it special. Just south of Nashville is Franklin which was a key site of the American Civil War. It is home to 2 properties exploring the 1864 Battle of Franklin: Carter House and Carnton Plantation, which includes the McGavock Confederate Cemetery.

So we get a double-treat during our week: Nashville AND Franklin when we will focus on projects reminiscent of the Civil War era. Hope you can join us! 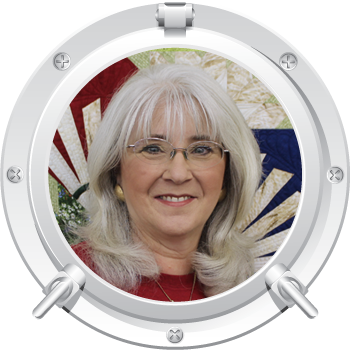 Janet began quilting as a hobby to pass the long winter months of Michigan’s Upper Peninsula. The hobby soon grew to a passion that has spanned 25 years. Working at Stitchin’ Heaven has allowed Janet to combine her zeal for quilting with her love of teaching to help others gain the skills to be successful and enjoy the journey. And it is no secret that Janet LOVES reproduction fabrics and projects! 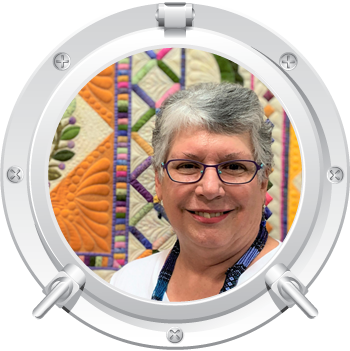 Barbara has been sewing since she was a young girl and has been making quilts for more than 35 years. Her interest, skills and love for quilt making make her a dedicated quilt teacher. She has taught quilting since 1989 at local quilt shops as well as guilds and quilt shows throughout the US. She is a featured guest artist on The Quilt Show, with Alex Anderson and Ricky Tims. 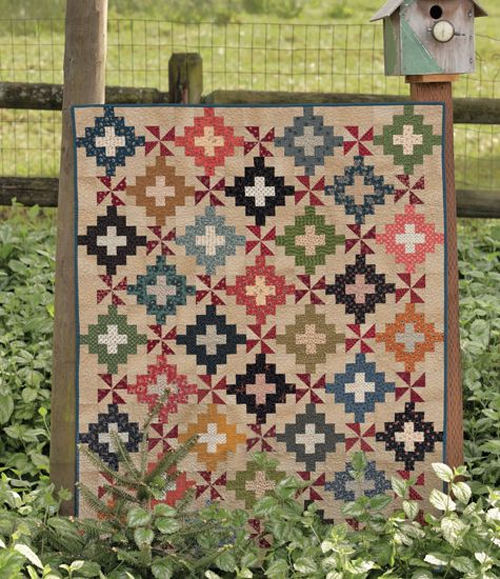 "Remember Me" is a typical example of the way I love to sew...lots of different fabrics with easy piecing. Perfect! Designed by Country Threads, this quilt features a colorful assortment of reproduction fabric with a unifying solid background. These scrappy album blocks interlock with a variety of red pinwheels. There is a quick sew trick for the pinwheels that you will love. All of these features will combine to make this a quilt you will treasure for years to come.

Click here to see a larger image of Remember Me.

Parlor music has been called the music of the American Civil War. Gathering to listen to music served as a venue for family and friends to collectively accept and live with the events that dramatically changed their lives from an atmosphere of gentility to one of grief and pain. Some say the songs also celebrated the political ideals of union and states' rights, and served to commemorate heroes and martyrs, celebrate victory, and mourn losses. Parlor Music, designed by Carol Hopkins, is a scrap quilt composed of alternating strips of four patches and triangles.

Click here to see a larger image of Parlor Music.


All this for only $1999 Double Occupancy